The Health Hazards of Insufficient Sleep

What are some of the potential health hazards you can face with insufficient sleep? Learn all about sleep deprivation and its side effects. 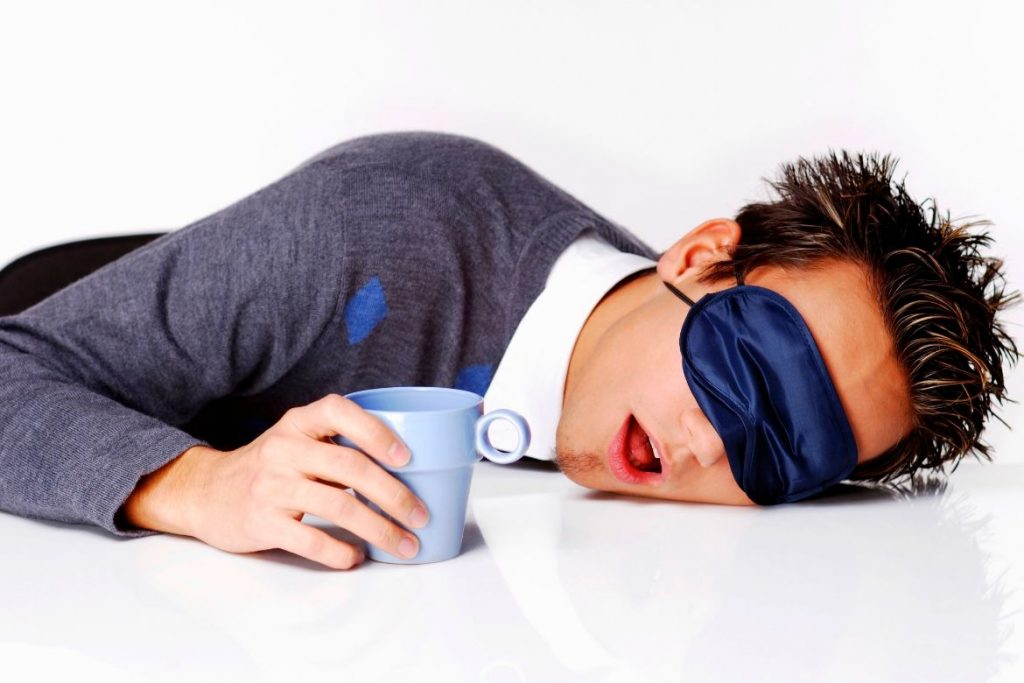 In our continually evolving and increasingly connected world, insufficient sleep is becoming a bigger and bigger problem.

“Wait a minute,” you say, “not getting enough sleep is a major problem?”

While we understand why you may be skeptical, unfortunately, this is true. As we project ourselves into the virtual world through our electronics for longer and longer, one of our oldest and most useful habits is being sacrificed to make way for our smartphones and laptops.

Today, we will be looking at the entire concept of sleep in more detail, starting from defining what exactly sleep is, the reasons why we sleep, why we aren’t sleeping enough nowadays, and finally, the actual effects of poor sleep.

Without any further ado, let’s get started!

While sleep is an incredibly fascinating topic that you can explore in multiple levels of detail and context, we will avoid going too deep into any scientific research in today’s article. Why? Because there’s too much to discuss and not enough time!

We all sleep daily, but most of us would be hard-pressed if we were asked to define sleep. However, the US National Institutes of Health defines sleep as “a naturally recurring state of mind and body, characterized by altered consciousness, relatively inhibited sensory activity, inhibition of nearly all voluntary muscles, and reduced interactions with surroundings.”

So, sleeping recurs naturally, is a state of altered consciousness, where our sensory activity and most of our voluntary muscles are inhibited, and we are less able to interact with our surroundings.

The Mechanism of Sleep

Sleep operates mainly on the rhythm, which runs on an internal circadian clock. This ‘clock’ is a highly specialized system that creates an internal day-night cycle based on environmental factors.

The most common circadian rhythm involves high energy levels in the morning, a post-lunch dip, a resurgence during the afternoon and evening, and finally a drop as night falls. The post-lunch dip is why working right after lunch is usually extremely draining or tiring.

However, sleep isn’t just a physiological process – it also involves your psychology. As humans, we are also affected by the social norms of the wider society we live in, including the hours we need to be at work, the hours most people are awake, what time the clock says it is, what time most people eat, etc.

How Does Sleeping Help Us?

We have established that everyone sleeps, everyone needs to sleep every day (night), and that sleep doesn’t depend solely on physiological factors. However, we haven’t covered one thing yet: how does sleep help us?

Sleep is, in a sense, a power-saving mode for our bodies. It allows our minds and bodies to take the focus off immediate survival and work on healing itself. When asleep, our bodies heal themselves and remove metabolic waste that impedes regular bodily operation.

The human brain, in particular, requires sleep to recover from its relatively massive energy expenditure during the day.

Unfortunately for us, our sleep patterns have changed gradually over the past few decades, with newer technologies pushing back our bedtimes and making it harder and harder for us to sleep at times following our circadian rhythms.

Fire was the first technology that modified our sleeping times, allowing us to explore deep into the heart of the night. Before fire, early humans huddled in caves and trees, scared of the oppressive darkness around them. In later years, open fires were replaced by lanterns, candles, and other devices that made it more convenient to have constant access to light.

Electricity came next, giving us extremely convenient access to light at any time of the day (or night). With power, one could easily stay up the whole night doing the same activities they did during the day. The electric light essentially equalized day and night, at least in terms of potential for productivity.

Finally, we had to deal with laptops, smartphones, e-readers, and a multitude of other ‘smart’ devices. These devices made us even more productive and capable, and they did not differentiate between night and day.

Simultaneously, lifestyles were changing, with social evenings eating into more traditional sleeping hours. You could sleep later than usual or miss out on social activities. Needless to say, most people took the former option.

In recent years, this epidemic of sleeplessness has gotten so bad that sleep scientists all over the world are calling it a public health hazard. Now, you may laugh at this – how can something as inconsequential as a lack of sleep be termed a health hazard?

However, we have already established that sleep is an essential activity to the functioning of the human mind and body, and interfering with it has profound effects, especially when we fail to meet our sleep quota again and again over decades of our lifetimes.

What Happens When We Do Not Sleep Enough?

A Tired Brain = A Poor Brain

A tired brain doesn’t do its job as well as it usually would, affecting almost every part of your life. Your brain typically controls your concentration, learning ability, memory, decision-making, and creativity. A tired brain becomes worse at all of these aspects we just discussed.

A tired person is also usually more impatient and irritable when compared to a rested one, which may reduce the overall quality of life for both the person and everyone around them.

The most immediate effect of exhaustion and impaired concentration, however, is an increase in the probability of accidents. Whether you are driving or operating heavy machinery when tired, fatigue doesn’t make work any easier for you and makes it more likely that you’ll injure (or perhaps even kill) someone.

However, because these problems occur over decades, we usually have difficulty realizing just how much they are caused by sleep deprivation.

Obesity and a lower sex drive are also related to long-term sleep deprivation because sleep deprivation messes with the hormones in our body. Psychological risks include depression, paranoia, mania, and even suicidal tendencies.

If we can be a little vain for a second, sleep deprivation can even affect your physical appearance. Dark circles around the eyes are becoming more and more common in today’s world – look carefully at the people you meet, and you will notice the surprising number of people with bags under their eyes.

New research seems to indicate that not getting enough sleep may hurt your brain as much as smoking and drinking, with some scientists claiming that people who do not get enough sleep are often suffering from such severe brain damage that they may as well be drunk.

What Should I Do?

If you are reading this, chances are that you are facing the same problem that millions of others are: insufficient sleep. The question, then, is this: what should you do?

First, relax. Work is important, but regularly bringing work home with you isn’t the best thing for your physical health and your social connections. Elon Musk may claim that nobody changed the world working forty hours a week, but often, the quality of the work we do is more important than its quantity.

Second, get a yellow light filter on every electronic device you have. This filter won’t prevent you from going down a YouTube rabbit hole and seeing the dawn the next time you look up, but it will prevent blue light from disrupting your sleeping patterns. Blue light emitted by electronic devices plays havoc with our circadian rhythms since it shares some qualities with sunlight, convincing our bodies it’s still daytime and getting sleepy is the wrong move.

Third, have a device-free half-hour or hour before you go to bed. Read a book. Take a walk. Have a conversation with a friend or family member. This step will prevent you from falling down any social media rabbit holes and allow you to fall asleep much quicker than before.

Fourth, have a nighttime routine. Humans are creatures of habit, and you will find it much easier to follow a routine to go to sleep than just setting the alarm for your bedtime and trying to crash when it rings. Routines provide a sense of consistency and comfort and often make difficult tasks (like sleeping is, for several people) easier.

Continuing with the fourth point, add some relaxing activities to your routine. Do some quick stretches. Meditate. Curl up with a good novel. Take a shower. You do not have to do everything – even a 30-minute routine will make it much easier for you to fall asleep.

Sleep deprivation is a major social and health issue we will need to tackle before it gets worse.

A recent study of French workers showed that the brains of those who had been working at night shifts for ten years had aged by an extra six and a half years. This is an alarming statistic, especially when we view it in the context of our highly competitive, work-obsessed culture where sleeping for less than five hours is considered some kind of accomplishment.

We should, in fact, look at people who do not sleep enough the same way we look at smokers – people who are damaging their long-term health for short-term benefits without realizing just how much their activities are affecting them.

Only if we shift our collective context by sensitizing our society on the health risks of sleep deprivation will we defeat this insidious beast.